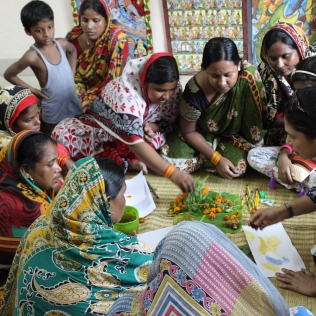 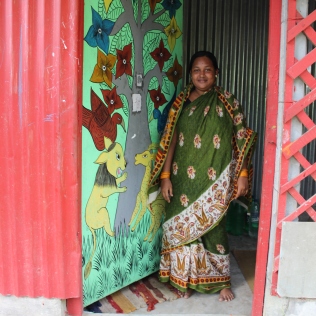 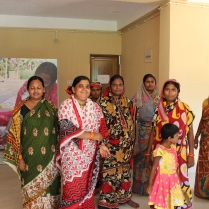 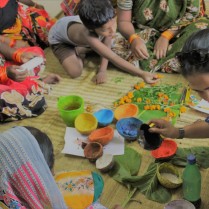 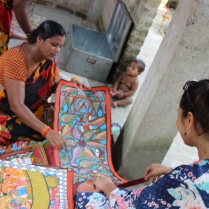 1) Natural fibres are comfortable to wear
Natural fibres ‘breathe’, keeping you comfortable in hot weather by absorbing perspiration and releasing it into the air. Synthetic fibres cannot ‘breathe’ in the same way because they are more compact. Polyester clothing, for example, can make you feel clammy and sweaty in warm weather.

This ability to wick perspiration also makes furniture and mattresses filled with natural fibre more comfortable to use then those filled with plastic foam.

2) Natural fibres are often great insulators
Wool is an excellent insulator against both heat and cold. Wool fibre has a natural crimp, which is the technical name for the tiny little waves along the length of the fibre; the spaces created by the waves trap pockets of air. A woollen jumper or blanket therefore, will do a much better job of keeping you warm in the winter than an acrylic one.

3) Natural fibres can be good for sensitive skins
People with sensitive skin are less likely to get allergies or rashes if they wear clothes made with natural fibres. Organic natural fibres are even better as they are not treated with chemicals that cause allergic reactions. Research has also found that linen sheets can help prevent painful bed sores in bed ridden patients.

Most fibre animals produce a new coat of fibre every year. Sheep need to have their fleeces shorn every year, camels shed their hair naturally each year and angora rabbit fur grows so fast that it can be harvested four times a year.

6) Natural fibres are biodegradable
Natural fibres decompose naturally through the action of fungi and bacteria, not adding to waste mountains. Most synthetic fibres, on the other hand, are difficult to dispose of. Recycling them requires sorting and when they are incinerated they produce pollutants. Even plastic bags that claim to be biodegradable just break down into smaller bits of plastic that can get into the food chain.

7) Natural fibres can be carbon neutral
Plant fibres do not contribute towards global warming as their production cycle is usually carbon neutral, i.e., they absorb at least the same amount of CO2 as they emit. In addition, organic wastes produced during processing can be used as fuel and generate electricity, stock feed and housing materials.

Processing synthetic fibres, on the other hand, uses a great deal of energy, generating pollutants in the form of heavy metals that stay in the environment for a long time. Their processing generates tonnes of CO2, the greenhouse gas responsible for global warming.

8) Choice of natural fibre sources
By using natural fibres you have more control over where your textiles come from. You can choose between helping farmers in developing countries, using fibre produced in your local area, or even growing your own.

In the UK you can either keep a fibre animal (angora rabbit, alpaca, or sheep) or grow flax in an allotment or small holding. If you don’t have the space or time to do that, you can look for local fibre grown by farmers near you.

Alternatively you can help farmers in developing countries by using jute bags, sisal string, cushions stuffed with kapok, or by buying textiles made with hemp, silk and other natural fibres; or even spin baby camel and other unusual animal fibres.

A great deal of jute and sisal is grown by small scale farms that use mainly man power rather than fossil fuels. Much textile is spun and woven by women, providing a vital source of funding where often there is no alternative means of income. Fair trade can generate enough income to educate their children. This helps keep farmers in rural areas rather than swelling overcrowded cities.

9) Natural fibres fit in with the organic movement
Organic clothing and household textiles are a natural extension to eating organic food. Organic cotton for example, does not have the environmental concerns over heavy use of pesticides and water consumption that non-organic cotton does. Some people who think they are allergic to wool often find that they are actually allergic to the chemicals used to treat wool and can wear organic wool.

Natural fibres come in a range of natural colours creating less need for polluting chemical dyes. Shetland sheep and alpaca come in fawn, grey, black, beige or brown; flax can be gold or silver, depending on whether it was water or dew retted, and even cotton can be naturally green or brown. Plant dyes complement the natural colours of animal fibres and indigo dye is particularly good for plant fibres.

How much natural fibre do we use?
Natural fibres have been used since the dawn of civilization. For thousands of years they were essential to insulate us against warm and cold weather, protect our food from vermin and even decorate our environment. They were made into felt which was used for clothing, housing and carpets. They were made into baskets used to store and carry food, and later woven into clothing and rugs.

In the last 50 years, man-made fibres have accounted for an increasingly large percentage of fibre manufactured. Now about 40% of the textile fibres come from natural fibres (37% from plants and 3% from animals), the rest comes from man made fibres. These figures vary from year to year; they also depend on the source of the information and on the definition of a natural fibre.

In a year, we use about 35 million tonnes of fibres from animals and plants. Sheep are the most important fibre animal, followed more or less jointly by the angora goat (which produces mohair), cashmere goat and yak. There are many other well known fibre animals, for example alpaca and silkworms. The most popular plant fibre by a long way is cotton. Jute is the second most important plant fibre in volume of sales. Flax, hemp and ramie are also popular plant fibres.

The future of natural fibres
Increased customer demand for sustainable textiles and advances in technology may well increase the amount of natural fibres used. Fibres that in the past were not considered suitable for clothing can now be used. Treating jute with caustic soda, for example, improves its crimp and softness, which allows it to be spun with wool. Modern processing systems allow jute to be successfully blended with cotton. Technological developments make it possible to spin a yarn which is 3 parts kapok and 2 parts cotton and there are now techniques available to make kapok non-flammable.

Geo-textiles are another area with an increased demand for natural fibres. Geo-textiles are used to protect soil from erosion and strengthen earthworks, encouraging the growth of plants.

Surprisingly, the largest area of growth in the use of natural fibres is in the automotive industry. Plant fibres are attractive to car makers as they are light and mechanically strong, and plant fibre composites can be used instead of fibreglass to reinforce components. Moulding them into shape uses less energy than moulding fibreglass, which can considerably reduce production costs. The cars also weigh less and cost less to run. In addition, car seats padded with coconut fibre are more comfortable to use than those filled with plastic foam.

However, it is unlikely that synthetic fibres will ever be completely replaced by natural fibres. Synthetic fibres can be produced cheaply and in large amounts. They are easy to customise and can be made in any length, crimp or diameter. And many consumers find it more important that the clothes they wear are cheap and easy to care for rather than comfortable and sustainable.